SKC England is full to the brim with talented youngsters and there can be no doubt that Karate and the discipline it instill in us will play a pivotal role in their future successes.   Rasheed is a great example of this.

I started Karate in the spring of 2004 in what was the old Willesden Sports Centre.

Once I progressed through all of the Kyu grades I achieved my first Dan Black Belt in 2009 at the age of 11.  From there I entered numerous competitions with the club but my success came in the Bracknell Karate Open Legends Competition where myself and my teammates were placed 2nd for team Kata also the Shikon Open Championships where my team came 3rd place.

My most memorable moment with SKC would be when I was placed 3rd in individual Kumite and 3rd in mixed team Kumite at the SKDUN Gichin Funakoshi World Shotokan Championships in France.  Since starting Karate I have gained invaluable skills ranging from discipline to perseverance which I have been able to use in my cadet career with the Royal Air Force and this has allowed me to become the youngest Flight Sergeant at my squadron.

I have been awarded a gliding scholarship with the Royal Air Force and Royal Navy which I wouldn’t have achieved without the help of SKCE.  I am currently undertaking Maths,Physics, Biology and Media Studies at A-level and in the process of graduating from the ‘Qualified Aerospace Instructors’ course with the Royal Air Force Air Cadets and in the future I plan to become a Commercial Pilot with British Airways . 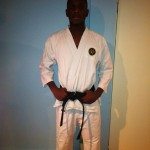 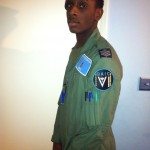