It isn’t every day that a film producer rings me and offers me work. But when Steve Murphy from October Films requested a female Sensei and karateka for an american drama documentary, I thought it would be rude to say no. 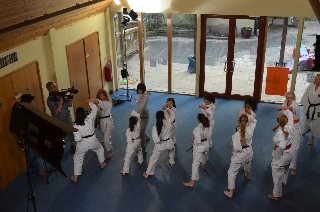 We had a wonderful afternoon shooting different aspects of a karate class in action. The cast and crew were delightful and encouraged the junior girls to announce the takes and snap the clapperboard. The director was very complimentary and they shot far more footage than they intended.

[ba-quote]I would like to say a big thank you to the Gurnell girls – Tami, Rona, Rhiannon, Anjani, Michaela, Camille, Margaux, Nikita, Inika, Rachel, Sarah, and Aurore.
The drama Obsession is scheduled for British TV later in the year.[/ba-quote] 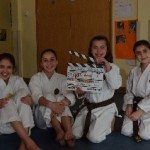 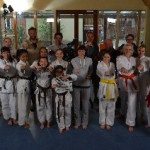 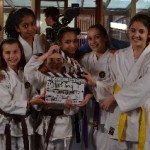 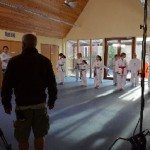