The SKCE competitors, officials and parents accompanying us assembled at Terminal 4 London Heathrow all on time, except one late arrival that is, as eventually we checked in for Air Serbia flight to Belgrade, Serbia.

A good flight made even better by an unexpectedly quick coach journey from Belgrade at one end of Serbia to Subotica in the extreme north.  So we arrived early at the Hotel Patria, Subotica but we got our rooms allocated quickly which helped.  This was the HQ hotel used by the organising officials which made everything much easier to deal with and was generally a comfortable stay over the 4 days we were there.

Friday was as usual a very busy day for us officials whilst the SKCE competitors busied themselves with training sessions and a visit to the event stadium just 2 miles away.

SKCE had selected a small team of 12 competitors who were to combine with other English Shotokan associations to form a team of 50 to represent England.  On this occasion I was appointed the England team manager and I must say the experience was made even more enjoyable by the way everyone collaborated and helped each other.

The combined team coaches were Sensei Jason Hitchings from TSKUK and Sensei Graham Mercer from SKCE.

The competition got underway on Saturday with kata and on Sunday kumite all fiercely fought out by contestants from around 40 countries.  It was very noticeable that since we last attended in 2013 at Novisad Serbia, the quality of competitors had risen sharply.

The SKCE sent their Chief referees Sensei Eric Pich and Sensei Peter Welsh to officiate at the event along with referees from English organisations.

Unfortunately, I found that many of the referees and judges from other counties were of a much inferior standard which led to a number of quite dubious and biased decisions many of which went against the England team.  This is not meant to be sour grapes but a statement of fact.

Still we have come to expect this and yet despite it England were well placed 5th in the overall medal table out of the 40 or so countries.   This is not too bad particularly when you realise several countries had 10 times the number of competitors England had !

However, England competitors need to take note that the eastern European teams have improved significantly these past 2 years and we will need to raise our own game next time.

Overall the England team highlights were the achievements of Marites Tomlinson (TSKUK) who picked up 2 gold and 1 bronze medal, and, our own young Joshua Han who took first place in the Cadets kata final.  There were other 2nd and 3rd places across the board as well as many 4th places achieved by other members of the England team.  In all the England team achieved 13 top 3 places which is not bad considering the low number of categories they had entered.

Despite some of the judging ‘disappointments’ generally the whole of the England team did well but on this occasion I think they found competitors from Romania and the host nation Serbia quite difficult to outperform.

The event generally ran well although the Saturday events took longer than expected but Sunday went pretty well to schedule.

The organising officials did a good job and were always most helpful and courteous particularly towards the English team.

Due to the road travel distance from Belgrade to Subotica the SKCE contingent had arranged a stopover night in Belgrade on the Monday.  The Hotel Putnik was an excellent hotel and it gave everyone the opportunity to wind down, go shopping or sightseeing such places as the Belgrade fort which is just off the city centre set high on a hill overlooking the famous River Danube as it snaked its way deep in the valley below through Belgrade.

The flight home was relatively uneventful as our party of 23 assembled at the arrival lounge to say our goodbyes, and, travel back home to normal life !

“My daughter Rosie has been learning karate for about two and a half years so we were nervous and excited when she was picked to go to the World Championships.  I’ve spent most of her life trying to stop any harm coming to her, so I get very nervous when she fights in competitions!  I wasn’t sure whether she (or I) would be up to her taking part in kumite at such a high standard.  On the first night in Serbia, a very large member of the Romanian team started doing press-ups in the hotel bar.  He seemed the size of a bear and must have weighed about sixteen stone.  It didn’t stop him getting airborne, clapping his hands and getting both feet well clear of the floor while he did it.

It was going to be an interesting weekend… 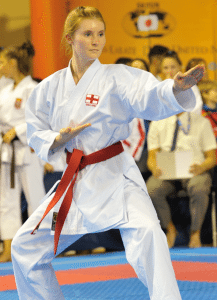 On the first morning of the competition I spent the morning watching the veterans.  Middle-aged men  doing karate far better than I could ever hope to.  Some of them were getting clattered.  One chap who must  have been pushing 50 was knocked down three times in the space of an hour, not his finest Saturday  morning.

As the day unfolded it was clear that there were a lot of people who were very, very good. Very fast, amazing  technique and very committed.

There were loads of Eastern Europeans, loads of Romanians, Bulgarians, Serbs, and smaller squads from  other countries: Belgium, Italy, Germany, Syria, Spain, Algeria India, Nepal, and many others.

I’m no expert but some of the judging was hard to understand, but in spite of it there was still a stand-out  moment of the weekend.  Our very own Joshua Han made it through to the final of the kata competition  and won his final round.  He was World Champion!  In the stands we were jumping up and down,  shouting ourselves stupid, and on the floor Sensei Graham was emotional.  We all were.

The next day was the main adults’ kumite and everywhere you looked it seemed there was a pretty amazing fight.  My best bits were Dawid fighting a giant Serbian, and Anas and Alexandra getting bronze medals in individual male and female team competitions.  Oh, and Marites from TSKUK, winning the female veterans’ kata and kumite, then taking second overall out of all age groups in the Masters.  44 years old and awesome.

One of the best things about the trip was the friendship and support for each other within the team.  There were lows as well as highs over the weekend, but my impression was that it was a great experience.  They faced big challenges together, showed a lot of spirit, and had laughs along the way.

The big Romanian bloke from the first night came away with his arm in a sling.  Our team flew home with limbs, teeth and noses all intact.

As a parent I would definitely go again.  Rosie says she can’t wait for the next competition!” – Patrick Hubbard – Parent 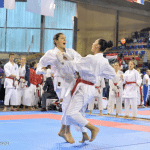 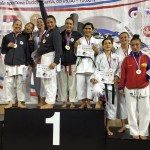 “Being in the SKC Team was a unique experience.  I have been part of other teams before but I have never felt the support I have had since being part of SKC.  This makes the greatest difference, having the Team behind you and cheering for you.” – Alexandra Merisoiu – SKCE 2015 Team Member – 3RD PLACE LADIES TEAM KUMITE 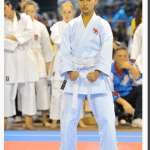 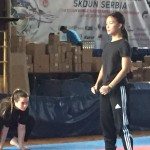 “I don’t have much to say but… when I saw how good the competitors were, it made me realise that in order to be as good as them I will need to practise A LOT more!” – Arisa Bunsan – SKCE 2015 Team Member

“Serbia was a great experience and the scale and calibre of the competitors was inspiring to see.” – Chantay Louis – SKCE 2015 Team Member 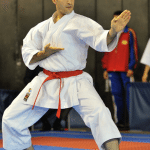 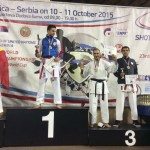 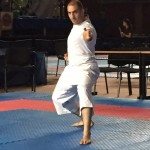 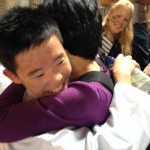 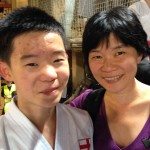 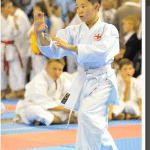 Hugs from a World Champion for a very proud Mum ! 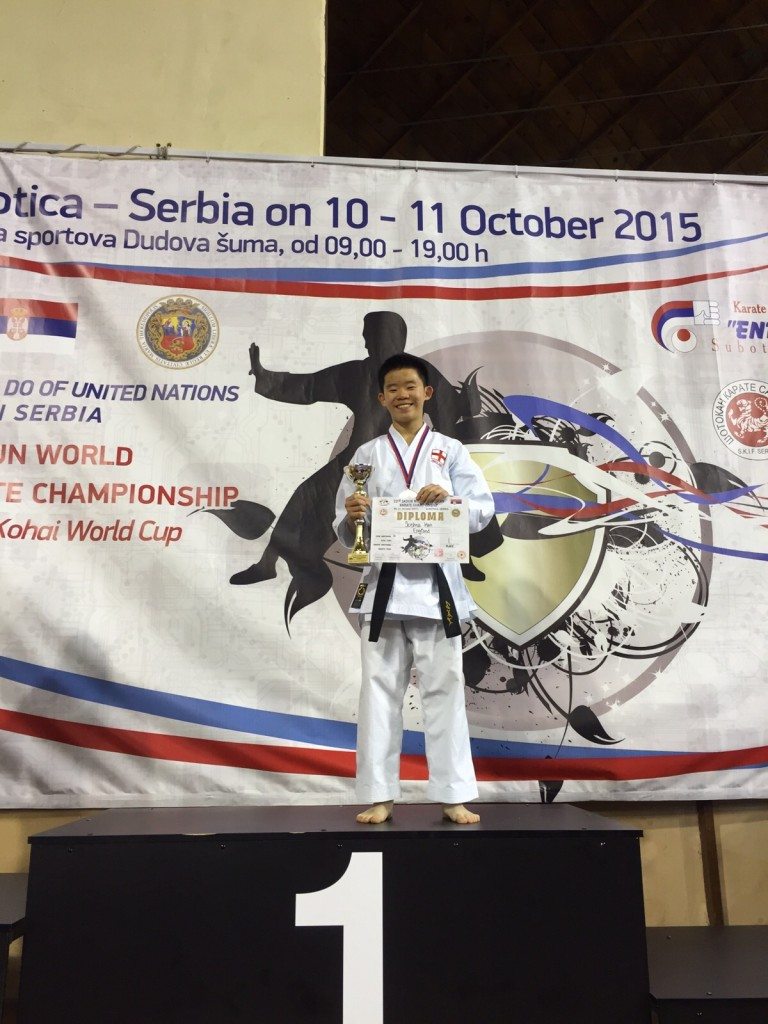