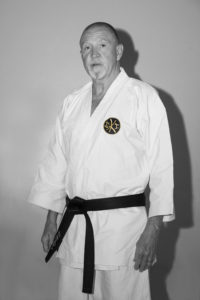 I started training in 1973 at a local KUGB club in Kingsbury (London) and continued to train there for 15 years twice per week.  There were only two classes available there and soon after I started to train with Sensei Enoeda 3 times a week and Sundays in Windsor with Sensei Kanazawa.   I became totally smitten.

In 1978 I opened my first dojo in Willesden College of Technology.  Soon to follow, in 1981, Kilburn SKC was established.  In 1985 I was appointed Chief Instructor to Cambridge University and continued to teach there for 18 years at weekends until 2003.  Cambridge won the Varsity Games no less than 17 of those years.

In 2010 I resigned from the JKA England committee and Shotokan Karate Centres England (SKCE) was then founded.

My competition career, once I had attained Black Belt in 1978 , spanned over 13 years.  The highlight of this was the Sorono Cup in Indonesia 1990, having been sent there, at the ripe old age of 36, by Sensei Enoeda.

I then placed 2nd in the individual Kumite, having sustained two fractured ribs, a torn ankle and only seeing out of one eye, having blocked a jodan punch with my left eye, not a technique I would recommend.

My greatest joy is seeing my students, family and friends attaining Black Belt and to rest in the knowledge that they will continue to practise and teach Shotokan Karate  into the future. 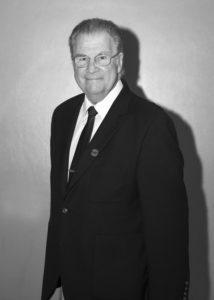 My introduction to Shotokan Karate was in the early 1970’s through my late younger brother Mike Grey who was at the time a Shodan.

My very successful football career was unfortunately, or fortunately with benefit of hindsight, ended by a serious spinal injury forcing early retirement at the age of 30.

Mike who was running the successful Slough area clubs decided in 1973 to relocate to Kettering near me and established clubs in Wellingborough and Kettering. I joined him at training ‘just to help me keep fit’ but I quickly realised the potential karate training offered especially for the over 30’s. The Wellingborough Club which I took over a few years later is still operating to this day which makes me very proud.

In the 1970’s training was very repetitious to the point of often being tedious, but as time would tell it was thoroughly worth it. It was very challenging especially for someone in their 30’s but at least the constant repetition taught you how to execute the fundamental techniques correctly which of course helped all the other aspects involved. Sad to say but today karateka are in far too much of a rush to collect grades that they miss out so much that would help enhance their overall performance capabilities.

In the mid 70’s after a brief encounter with competitions, there were no categories in those days for veterans, I found myself appointed to the KUGB national executive, as their Press and Public Relations Officer and it opened up opportunities for me dealing with the media of the day and to help improve the general public awareness of the concept that karate was not just fighting but required great skill and ability to perform at the highest level. During the 70’s and 80’s there were some great champions, who came through the KUGB system, which quite possibly will never be surpassed although SKCE have produced a number of youngsters who have achieved good results at world level which is encouraging.

This period also gave me greater access to Enoeda Sensei, one of the all-time Shotokan greats and together endeavoured to improve the potential spectacle that could be created through producing good championships.

During the next two decades I became responsible for directing KUGB’s national championships, three European championships and best of all the 1990 JKA world championships held here in the UK. I was enormously proud to be appointed as the Director of the World championships particular as it was a partnership between the JKA and KUGB.

I was immensely honoured when in 1981 I was invited by Enoeda Sensei to undertake a one to one interview of Nakayama Sensei during his visit to the UK, and, subsequently to be accorded similar opportunities with Sensei Kase, Enoeda and Shirai. I have published the text of these interviews in booklet format and on the website for the benefit of the SKCE members and for those exponents of Shotokan who wish to avoid the conflict created by all the politics still constricting karate.

During this time Enoeda Sensei and I worked together to try and create the spectacle we both wanted our Championships to be. I wanted to take it a lot further but we needed a major sponsor to support us as by then I had managed to get the major TV companies interested. Alas it was just not to be, this was my biggest disappointment over the years.

Around this time my dear brother Mike lost his fight against cancer and my desire to carry on providing help to others began to wane so I relinquished my role in the KUGB but carried on operating my clubs.

However, in 2003 when sadly Enoeda Sensei died, also of cancer, I tried unsuccessfully to broker a solution to resolve the issues this had created between KUGB and what was to become the JKAE. I knew Sensei would not have liked what was happening so I intervened but it was an impossible task. Since the early 70’s there were so many politics that created many Shotokan splinter groups. Such a shame and imagine how enormous and influential the Shotokan group in the UK could have now been were it not for personal agendas, egos and short sightedness of those leaders that led them into continual conflict and strife.

What was and still is needed is one harmonious organisation run by a collaboration of executives with the karate knowledge and business experience. This has always been and will remain on my agenda – the unification of Shotokan karate.

This is why the SKCE does not have the Chief Instructor but a small group of Technical Directors with myself as Chairman which I am very proud to have instigated.

There has been a great deal of hard work and commitment from me, over the years but it has been enormously gratifying to have had been given the opportunity to bring my particular expertise to assist, guide and help develop all three of the organisations I have fortunately been involved with over the past 5 decades. 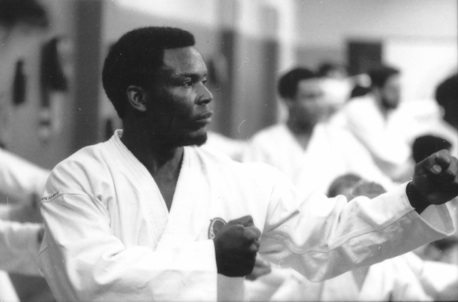 Sensei Mark started his karate career as one of Sensei Eric’s very first students as a 16 year old. His development and meteoric rise through the grades to reach 6th Dan status was as you might have expected from someone with his determination and commitment.

More recently Sensei Mark was a major part in the group of 5 Co-Technical Directors who decided to form the Shotokan Karate Centres England as independent organisation.

SKCE has grown and developed enormously in the 5 years since its formation and extremely successful at World and International level which is testament to the considerable contribution Sensei Mark made.

Sensei Mark was ever present at SKCE events and at courses would be driving, cajoling and encouraging students to put that extra energy and determination into their technique whether kumite, kata or basics. Those of you who were fortunate enough to train under him either as one of his regular club members or at an SKCE course will know this only too well.  Always demanding the extra mile, but students recognised and appreciated him for the quality instructor he was, and an excellent example of how to adopt hard karate training and still enjoy it. 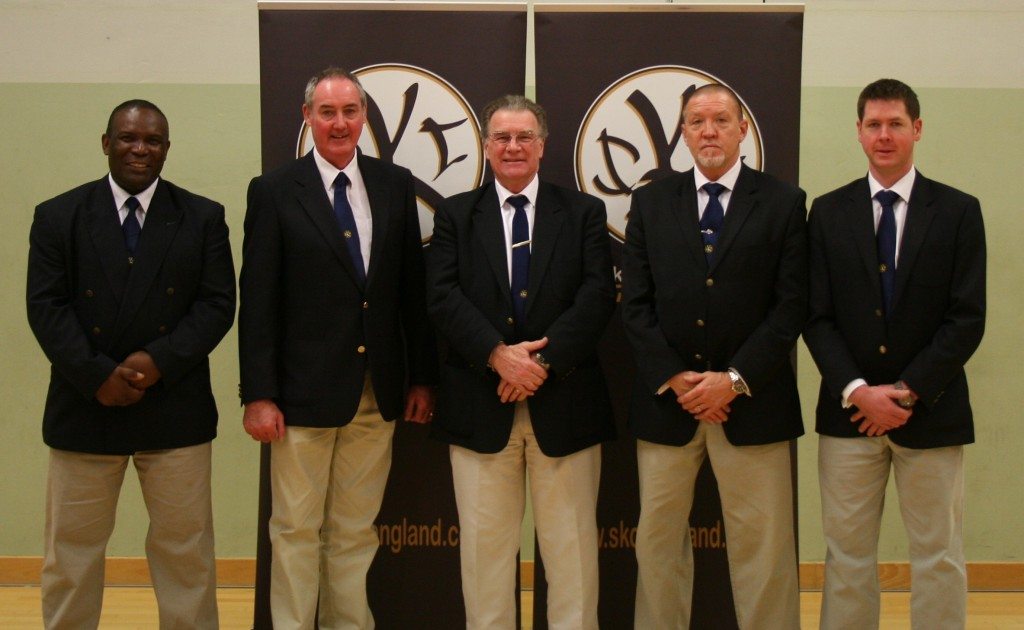